The Knowledge Awareness centers were created in order to promote the Underwater Cultural and Natural Heritage sites. The purpose is to make these sites accessible to the majority of divers but also to non-divers. Τhe operation of the KACs assists in the knowledge diffusion of these sites and promotes the good practices of BLUEMED regarding the underwater world. Atlantis Consulting S.A. in cooperation with the Municipality of Almyros invited school classes to visit the KAC in Amaliapolis and raise young people’s awareness on the value of underwater Cultural and Natural Heritage and on the need for their protection and preservation. Also, in order to support the validation of the operation of KACs the students were asked to fill questionnaires regarding their experience while visiting the KAC.

On 26/11/2019 the event was planned for the KAC of Amaliapolis. It was scheduled to be visited by 4 junior high school classes from Pelasgia and Glyfa (students from 13-16 y.o). The tour in the KAC involved the observation of the Promotional BLUEMED video, trying on the VR device and get information about BLUEMED from the informative posters.

The event started with the promotional BLUEMED video. After the video, the participating students could navigate on the premises of the KAC. A short presentation of BLUEMED and its practices followed and after the presentation the visitors had the opportunity to try in turns the Virtual Reality (VR) system and the touch screen.

The excitement was evident for the VR system even before trying it which created an eagerness to learn more about what they witnessed while virtually diving. Any questions regarding the VR system, BLUEMED and the underwater sites were answered during the tour around the KAC and while trying the VR system.

GENERAL REMARKS FROM THE VISIT

III. How they can get their diving diploma.

The general observations of the visitors for the KAC of Amaliapolis suggests the good impact of the KAC to the visitors and the success on the purpose and objectives of the KAC. 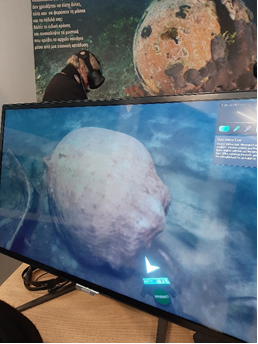 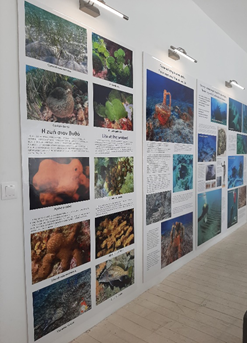 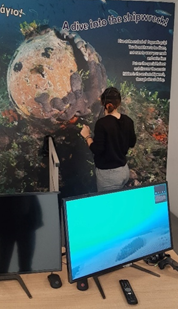 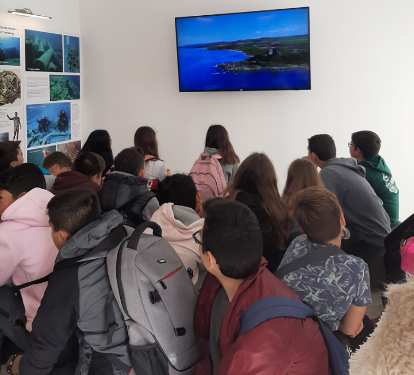